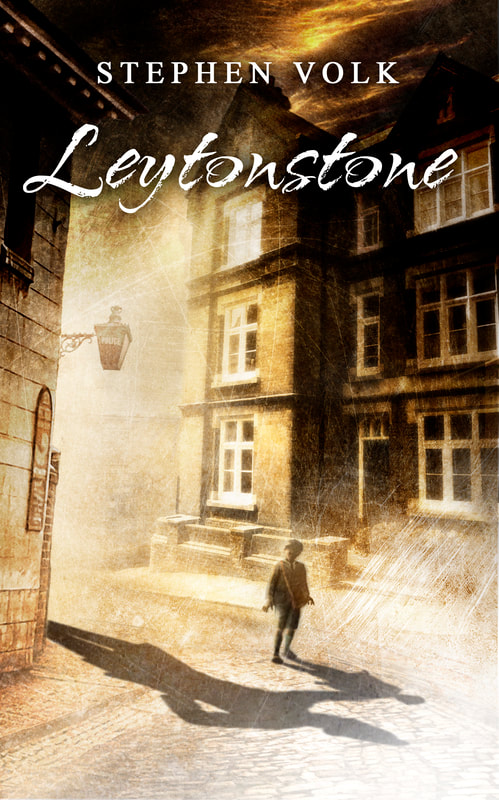 One evening in 1906 a chubby little boy of seven, son of a London greengrocer, is taken by his father to visit the local police station.

There he suddenly finds himself, inexplicably, locked up for a crime he hasn't committed - or has he? Blinking into sunlight, traumatized by his overnight stay, he is told by his father the next morning: "Now you know what happens to naughty little boys!" But the incident is the catalyst for a series of events that will scar, and create, the world's leading Master of Terror in the century to come... 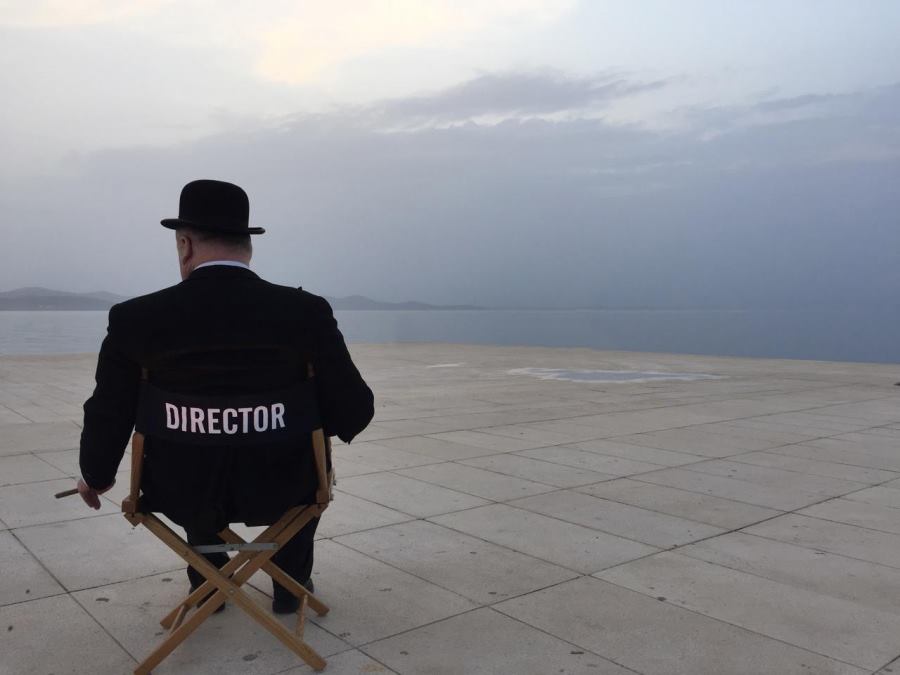 "A chilling and dark work that might have come from the mind of the Master of Suspense himself. An unexpected journey into a heart of darkness" Paul Simpson, Sci-Fi Bulletin

"A daring, chilling, beautifully written piece of work" What are you reading for...?

"A staggering achievement... testament to the extraordinary writing talents of Mr Volk... The reason the book felt so special to me was for that wonderful invocation of the time, the place, and this singular child. Hitchcock buffs will no doubt revel in the ghost of future movies that haunt the text (and rightly so), but I think the greatest strength of the book is that I genuinely believe you could know almost nothing of Hitchcock's work and this would still stand as a powerful, gripping and amazingly evocative narrative" Kit Power, Ginger Nuts of Horror

"Volk's book brilliantly and movingly gives an origin myth to bring light to the ambiguous depths and tragic dimensions of the films, and to restore to Hitchcock his humanity, the wounded and confused pain and compassion at the heart of his work" Jez Winship, Sparks in Electric Jelly

"Leytonstone is intensely vivid, handled with sensitivity and poise, and every bit as impeccably crafted as Whitstable was. Just like its forebear, it's a thoroughly compelling and elegant tale given that special extra something by the considered addition of its choice of protagonist. Volk likely has another award winner under his belt, here. And rightly so" Gareth Jones, Dread Central

"Not only will you find lightning has struck twice, you're now eagerly awaiting when it will strike next. Stephen Volk is a master storyteller. And what stories!" Johnny Mains, editor of Best British Horror

"Through his lengthy career in Hollywood, Hitchcock assiduously maintained his English identity, formed in the streets of his native Leytonstone - and it is this period in which Volk sets his elegantly written, always fascinating narrative... This one is a piece to relish - even if you are not an Alfred Hitchcock aficionado (although that certainly helps)" Barry Forshaw, CrimeTime

"Stephen Volk's novella is engaging and audacious. With sombre glee and descriptive verve, he etches a dark tale of burgeoning adolescence that features his hero in an appearance rather more complex than the familiar cameo. It is a modest but persuasive box of imaginative gems for any lover of cinema" Terry Johnson, writer of Hitchcock Blonde

"In Leytonstone, author Stephen Volk manages to take a familiar moment in cinema lore and, in a brilliant mix of scholarly research and a vivid, wicked imagination to a dark extreme, creating a one-of-a-kind tale of terror and suspense. Volk possesses a questing mind and an expansive heart and vividly paints dark and light sides of the human equation like few others" Mick Garris, producer of Masters of Horror and Fear Itself 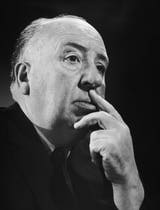 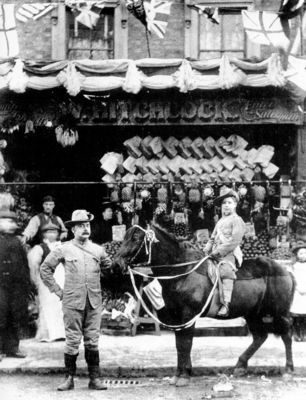 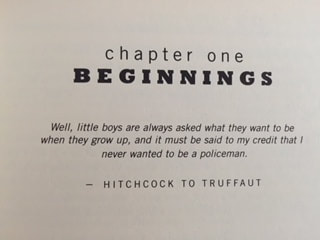 "A new tale which engrosses from the first paragraph... It's a unique, absorbing, disconcerting and evocative story and thus is a worthy successor to the wondrous Whitstable" Tim Dry

"An incredible piece of writing... Leytonstone has the makings of another classic. Befittingly, Stephen has proven the claims of the Jesuits by taking the boy at seven and giving us the man. It's a book I highly recommend" Anthony Watson, Dark Musings

"The writing here is superb and I experienced a voyeuristic pleasure in reading this fascinating narrative, an aspect which would not have been lost on Hitchcock... Highly recommended" Brian Lavelle, No Time is Passing

"I am still processing Leytonstone. Wow, what an amazing read. Incredibly evocative of another time and place, also quite weird, sad and VERY scary. Stephen Volk might well have got to the heart of the man, and the fact I enjoy Hitchcock's film-making and want so badly to like the person who made them makes it all the more unsettling. A tremendous balancing act, and, for me, a real horror story about the dark side of human nature" Anne Billson, film critic and novelist

"Another triumph... There's much to admire here: the skilfully drawn setting, the vibrantly drawn secondary characters, the surprisingly moving coda... Volk's precise and supple prose is the perfect vehicle for his tale. Whether you view Leytonstone as horror, historical fiction or character driven literature is irrelevant. It's quite simply one of the first must reads of 2015." James Everington, This Is Horror

"Likely to be one of this year's most celebrated books" Leytonstone is "a compelling fictional story of guilt, punishment and unintended consequences... (offering) deeper thrills than mere reference-spotting, with its richly evocative description of London in 1906 and Volk's superb characterisation of the young Hitchcock and his parents. A triumph of the imagination... (it) confirms Volk's status as one of the best writers we have. A book to treasure" - James Everington, This Is Horror

"A weighty tale, sometimes innocent and charming, often darker and grittier, but never once putting a foot wrong. Superbly written, atmospheric and tense, this is perfectly structured and never less than gripping. A wonderful read and a worthy successor to the powerful Whitstable. Very highly recommended" Strange Tales (Mark West)

"It's simply incredible and, whether you are a fan of the director's work or not, a compelling, beautiful and unsetlling story of how obsessions are formed" Guy Adams

"Gets to the heart of Hitchcock more effectively than any biography I have ever read, with the kind of disturbing thrills worthy of the man himself at his peak" Neil Snowdon, editor, We are the Martians: the Legacy of Nigel Kneale 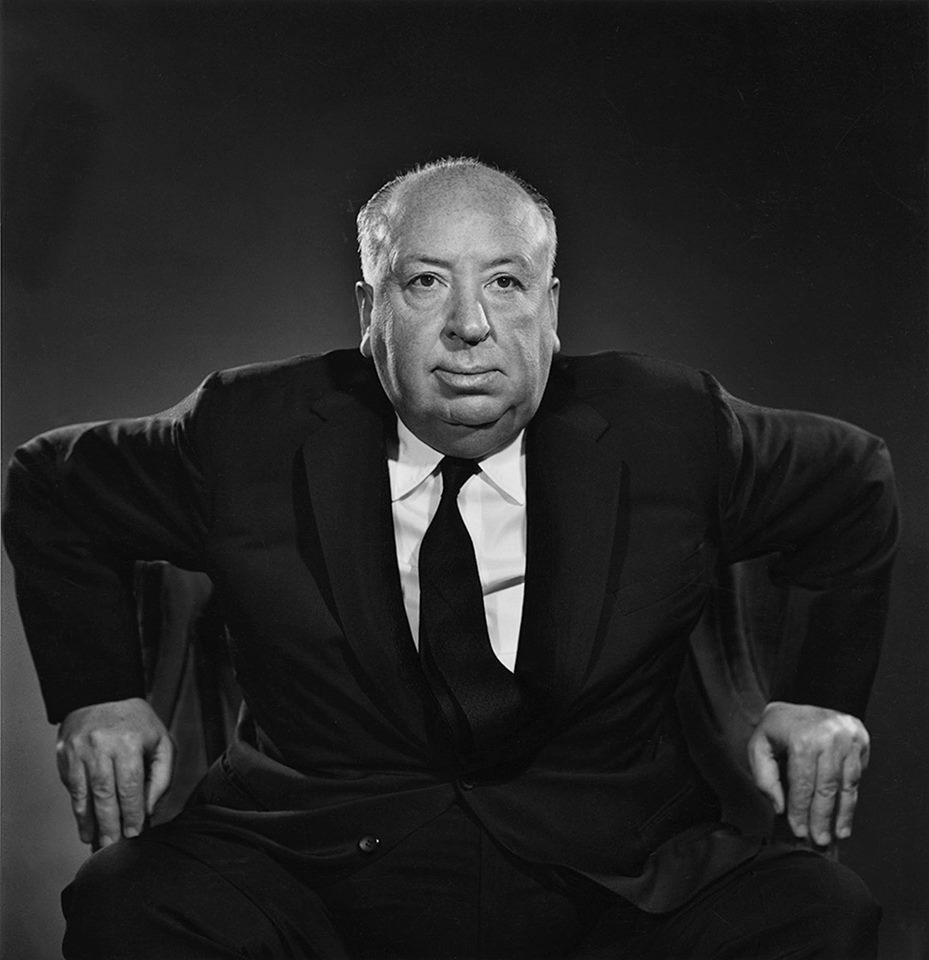 ​"Reading Stephen Volk's remarkable short novel Leytonstone, with its patient, spare, expertly-paced evocation of the life and fears of a very young Hitchcock, you feel a very long way from the abyss, until, in its devastating last quarter, you come to realise just how close you have been to the drop throughout. Volk suspends suspense and then unleashes it like a wave of acid. Leytonstone is an apparently simple tale, told patiently and with a quiet generosity, but when it finally has you in its cupboard, in its stinky cell, in the head of its director, then it takes you beyond cinematic representation to a deeply troubling place; a territory beyond representation where your condition is in the hands of something or someone that, no matter how much it wants to be good, cannot come close" Phil Smith, Mytho

"A fictionalized version of a signal event in the life of six-year-old Alfred Hitchcock, (Leytonstone) is a deeply felt, nuanced, sad, big-hearted work, written with compassion and an unflinching eye. I was already pretty sure I would love it, but it managed to delight me even more than I expected" Nathan Ballingrud, author of the Shirley Jackson Award-winning North American Lake Monsters

"Beautifully written and compelling. Volk is a master storyteller" Barbie Wilde, author of The Venus Complex

​"This is an engrossing story, one which chronicles the birth of a fantastic imagination and the events that shaped Hitchcock to his role as purveyor of terror" Peter Tennant, Black Static

"This tale of the young Alfred Hitchcock proved equally as impressive as Stephen's previous novella Whitstable, showcasing the author's innovation and craftsmanship to great effect" Dark Musings (Pick of 2015)

"This is beautifully evocative of the budding Fred and his 'objective correlatives' that we might see developing into his later skills and obsessions... Only special fiction can carry such strengths to alter perceptions of truth and fiction... Fred memorised as a later triangulation of truth, where all outcomes point to the only inevitability that is you. Each throwaway object, like a piece of fruit cake, being a potential catalyst for all else. The closing scenes of this book feel heartbreakingly true about the harm people do in retrospect to those they love" D F Lewis, The Dreamcatcher of Books: Gestalt Real-Time Review

"Leytonstone made me grin at the author's audacity and cleverness. It's a near-perfect Hitchcock movie for the mind's eye, a page-turner that offers sinister delicacies, flirts with the perverse, (and) some uncomfortable revelations about men and women, and reaps maximum pathos and suspense"  Daniel R Robichaud, ConsideringStories

"Volk doesn't put a foot wrong in tone, characterisation or prose. This is an engaging, compelling work which illuminates Hitchcock in the same way that Joyce Carol Oates' Blonde illuminates Monroe or John Connolly's He does the same for Stan Laurel. Thoroughly enjoyed it"  Andrew Hook: Books of the Year

Read the review at Sci-Fi Bulletin

Read the review at What are you reading for...?

Read the review at Sparks in Electric Jelly

Read the review at Ginger Nuts of Horror

Read the Review at No Time is Passing

Read the review at This Is Horror

Read the review at Strange Tales

Read the review by Guy Adams

Read the review at Horror Hothouse

"What Terrifies the Master of Suspense?" Read the review at ConsideringStories

Read the CrimeReads article Hitchcock, the Voyeur: Why Rear Window Remains the Director's Definitive Film, by Edward White (author of The Twelve Lives of Alfred Hitchcock: An Anatomy of the Master of Suspense)