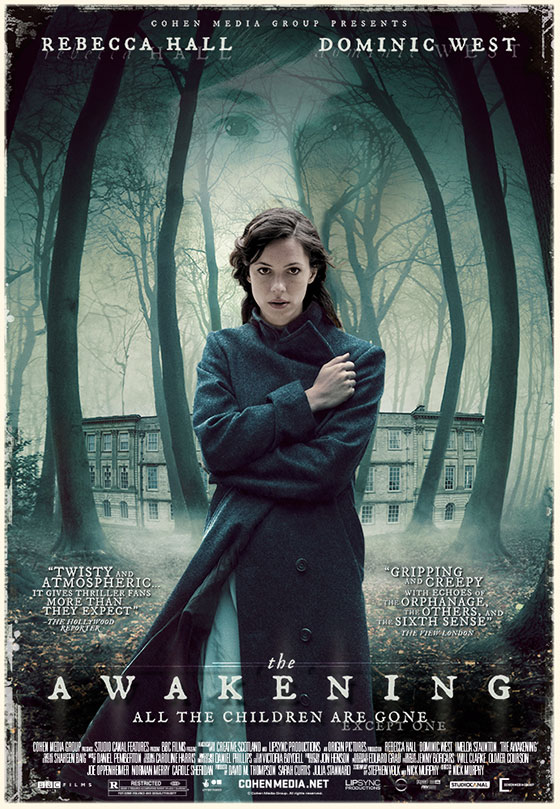 England, 1921: a nation beset by the grief following World War I.  A skeptical woman scientist, Florence Cathcart, is adamant in her conviction that all ghosts and spiritual manifestations can be explained away as either callous fraud or the products of fevered imaginations.  But when she is called to a countryside boarding school for boys to investigate rumours of an apparent haunting, she finds her beliefs -- all her beliefs -- shaken to the core. Facing something genuinely awakened from the past, she realizes her rationality finally gives her no place to hide.
​
Buy The Awakening DVD on Amazon.co.uk

DVD extras: Audio commentary with director and co-writer Nick Murphy / Behind the Scenes / A Time of Ghosts / Trailer

Watch BBC's "Film 2011: Behind The Scenes of The Awakening with Rebecca Hall and Dominic West" ​ 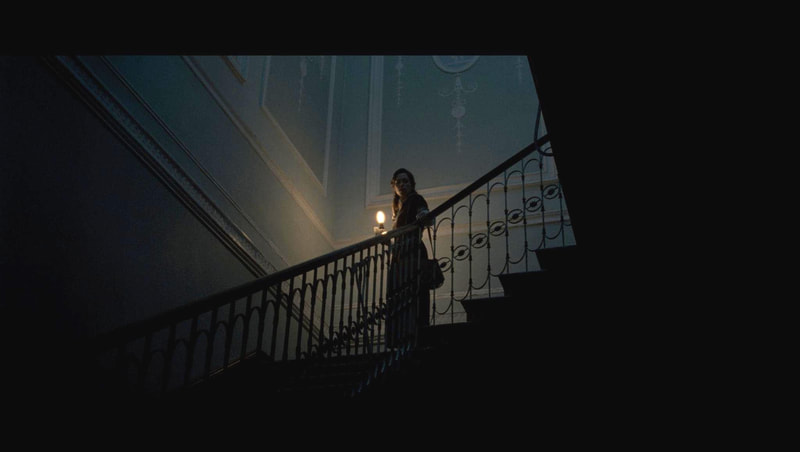 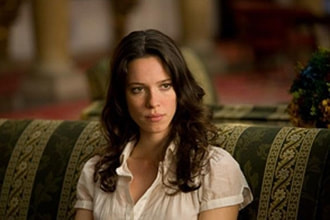 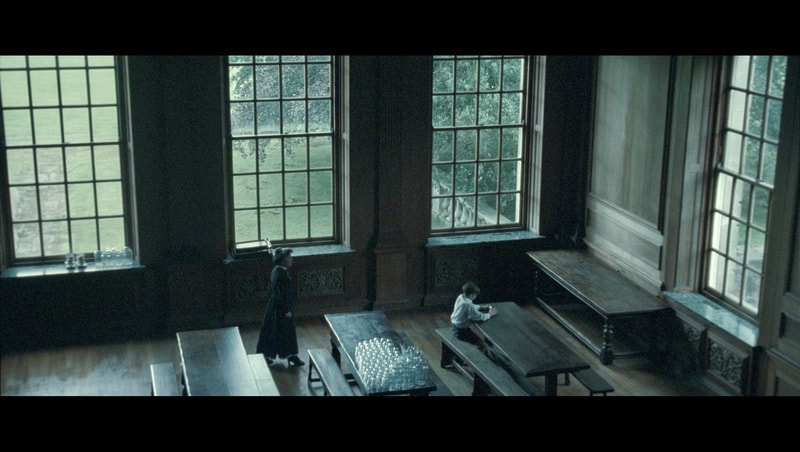 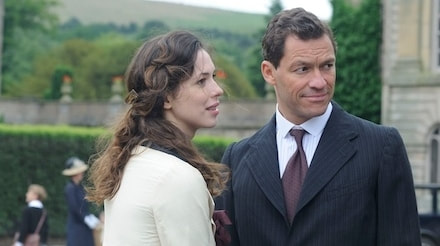 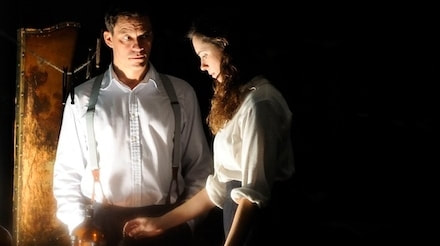 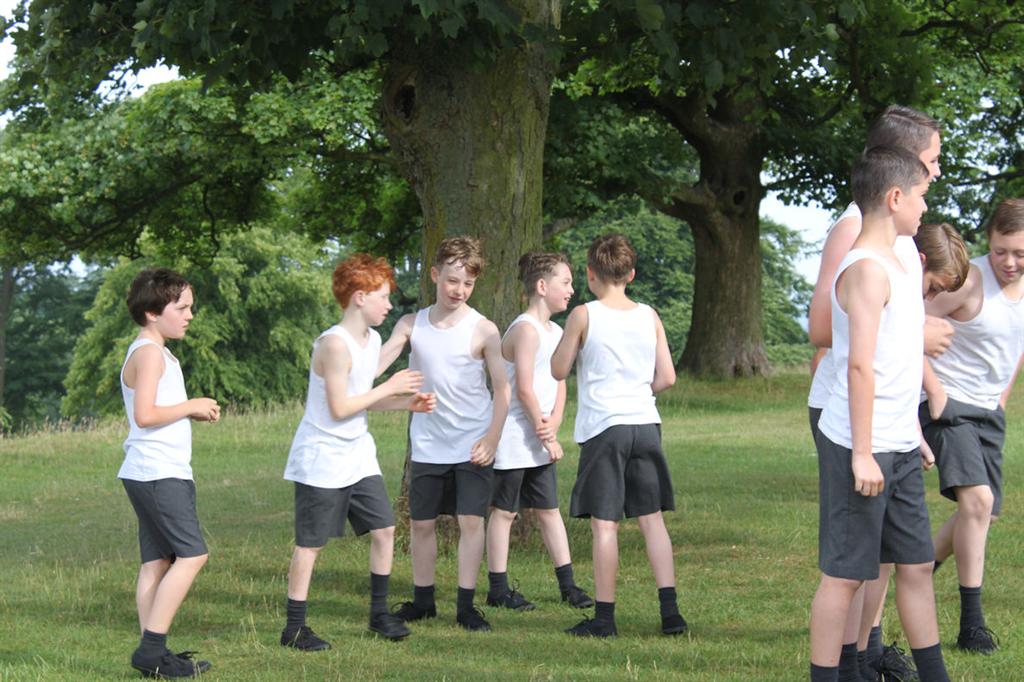 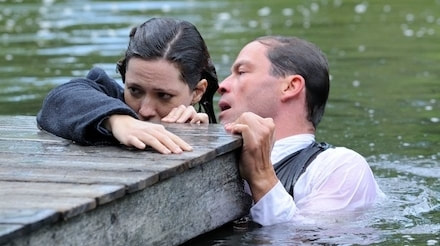 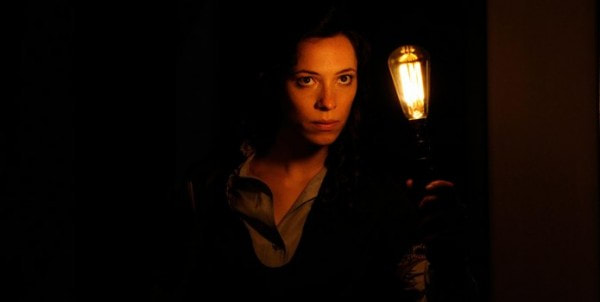 "Twisty and atmospheric...  With beautiful cinematography, restrained use of effects, and acting much better than it had to be, The Awakening gives thriller fans more than they're trained to expect."  The Hollywood Reporter

"If The Awakening had simply painted a rapturous, thrilling ghost story, it would have been fine... but Murphy and co-writer Stephen Volk bring the sadness of loss into the proceedings... The Awakening is for those who loved The Devil's Backbone and The Others. It's for those who want to be transported into a sumptuous and haunting place on the hazy line between life and death."  Collider.com

"Referencing classics of the genre from The Innocents to The Others, Nick Murphy's debut feature is a chilling haunted-house yarn that boasts a great cast, plenty of surprises, and is as deceptively moving as it is chilling"  Michael Heyden, London Film Festival

"Rarely does a horror film make the back of your neck tingle with the calibre of its performances as well as its jumps and jolts -- but The Awakening, a beautifully mounted ghost story in the style of The Turn of the Screw, provides chills of both kinds"  Robbie Collin, The Telegraph

"Director Nick Murphy and his co-writer Stephen Volk have crafted something special, a ghost story to get the blood pumping with a chill that lingers betond the roll of the credits... Defiant in the face of the decaying post-modern scary movie, The Awakening evokes the spirit of the classic ghost story, with a genuine understanding of the creation and application of fear which needs no gore-strewn slaughterhouses or operatic disembowelment; this is a welcome return to the grip of death and its effects...  Like Volk's Ghostwatch, the path we are led down ends up somewhere very different to a place we might expect...  It understands what scares us and suffuses the air with a sense of dread and unease"  HeyUGuys

"Spooky, involving and occasionally resonant... providing a terrific lead part for one of the most promising actresses of her generation... We're not ones to encourage the franchising of films, necessarily, but we wouldn't be particularly distressed to hear of future Florence Cathcart adventures down the line... Disarmingly moving"  IndieWIRE

"The film features a script by Stephen Volk, a man who knows a thing or two about scary stuff, having created the TV drama Afterlife and being behind one of Empire's favourite spooky fake-outs, 1992's Ghostwatch"  Empire

"A grown-up script allied with Nick Murphy's unshouty direction makes for an assured, imaginative film, that plays as a very British kind of ghost story"  Steve O'Brien, The Fan Can

"Hall, who is so good at playing vulnerable women, dispenses with her usual sweetness and presents us with a disturbed character who seems at times like a  frayed nerve trying to hide... The third-act revelations send the movie spinning off in an impressive, challenging, and powerful new direction. To say more would ruin the surprise, but The Awakening goes from being an impersonal, if effective, chiller to a far more emotionally open and moving experience. By the end, you're worried not so much about things that go bump in the night; you're more worried about the fates of its broken, poignant characters"  Bilge Ebiri, Vulture

"Volk's writing still shines through here. The Awakening is absolutely a continuation of his previous work (Gothic, Ghostwatch, Afterlife) -- obsessive examinations of why we need our ghosts...  A finely written, finely acted, finely crafted ghost story, and quite possibly one of the finest British films of recent years -- but most assuredly one of the best ghost stories of the decade"  Fangoria

"Everything about this classic ghost story is assured -- all held together by an exquisitely crafted screenplay"  Anton Bitel, Little White Lies

"As chilling as you might expect from a haunted boarding school film, this movie starring Rebecca Hall conjures the unsettling mood of the ghost stories of Guillermo Del Toro's early work"  Los Angeles Times

"A delight seeing an intelligent genre film in the classical tradition"  Eric Red, writer of The Hitcher and Near Dark

"Horror fans looking for a few cheap thrills and a typical tale of spooks on the loose may want to look elsewhere... Volk's ability to draw fear from unexpected places and give his characters an emotional depth and rich inner life makes this film unique among so much modern horror that relies on easily manufactured jump scares and forgettable paper-thin protagonists. Florence Cathcart refuses to be forgotten"  Kimberly Lindbergs, TCM.com/Cinebeats

Read the full review by Kimberly Lindbergs on Cinebeats

"One of the creepiest, (most) unsettling and downright frightening horror stories of the last 20 years. The Awakening is a film about damaged people in a damaged trying to right itself after the cataclysm of war. It is a period triumph, wholly plausible and consistently scary, taking its lead from the tales of titans such as Poe, Bierce and James"  Tony Earnshaw

"A truly top drawer supernatural drama... Writer Stephen Volk turns the female protagonist of nearly every ghost story movie upside down, so that instead of a nervous nanny wandering through dark and dusty hallways in a nightgown, we get Florence Cathart, an assertive and powerful woman who is both a published author and a fierce debunker of seances and spiritualists. Volk takes his time exploring the cracks in this woman's armor, and while she does end up changed by what she experiences, the story never shames her for her passionate rationality, but makes room for it in the different woman she becomes. And if all of this sounds a little heady, don't let me fail to point out that this is one hell of a good ghost story, wonderfully atmospheric, stunningly beautiful to look at, with some outstanding performances, especially from Rebecca Hall as Florence. Does this movie belong alongside artful classics like The Innocents and The Haunting? Yes, I believe it does"  David Surface

"The Awakening is one of the more subtle ghost stories of the last ten years.. on the whole it foregoes scares for atmosphere and a layered narrative and is all the better for it"  Nick Bartlett, Horrified Magazine

Read "Does a Horror Film Have to be Scary? Revisiting The Awakening" by Nick Bartlett

Read the Den of Geek interview with director Nick Murphy

Interview with Stephen Volk on The Fan Can

Stephen Volk interview with James Rose and The Awakening review

Dominic West in The Independent

Read the review on HeyUGuys

Listen to Mark Kermode's radio review of The Awakening

Read horror writer and film critic Anne Billson in The Guardian on "why ghost stories like The Awakening are always best when they give up the ghost". (Nov 11, 2011)  ​ 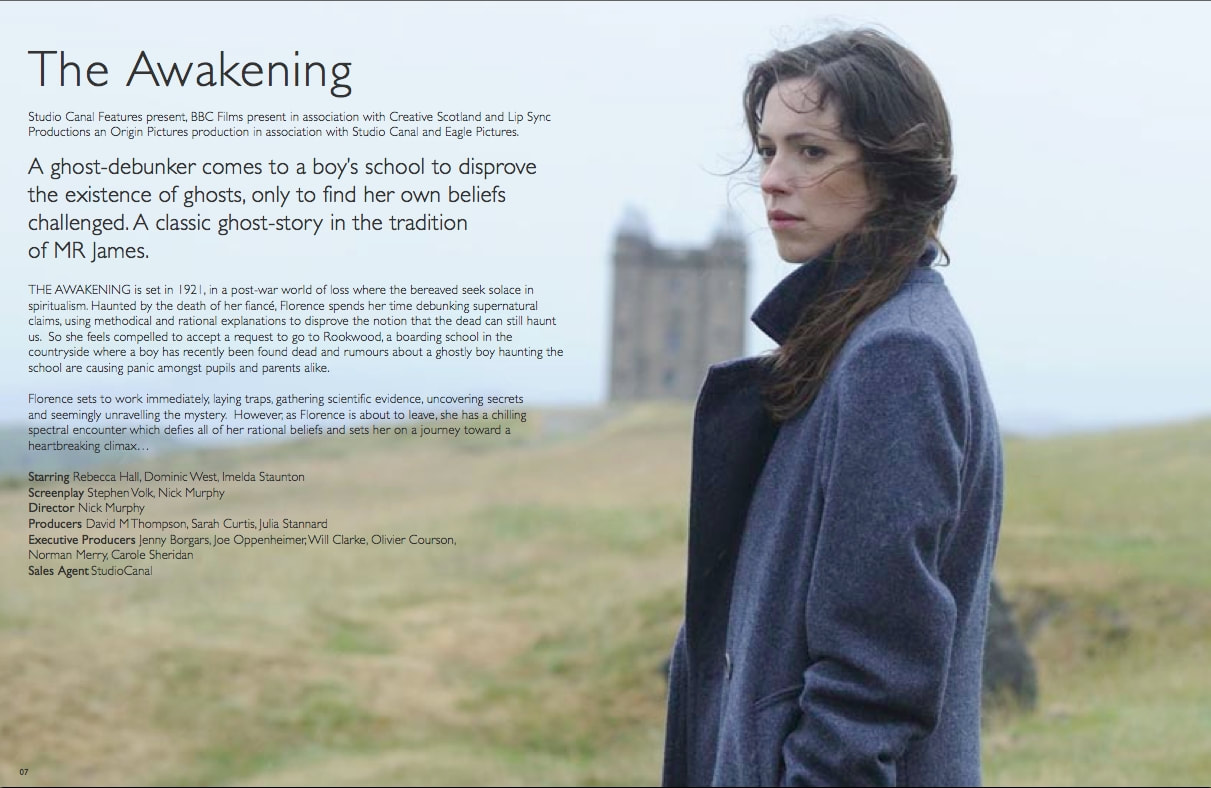 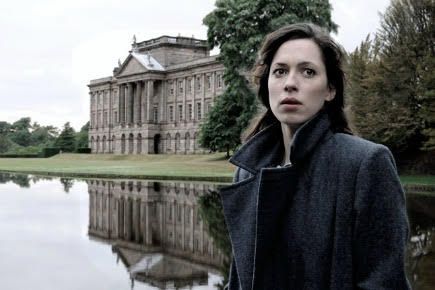 On HeyuGuys Stephen Volk discusses Ghostwatch, Paranormal activity 3, The Awakening and The Turn of the Screw. (November 2011) 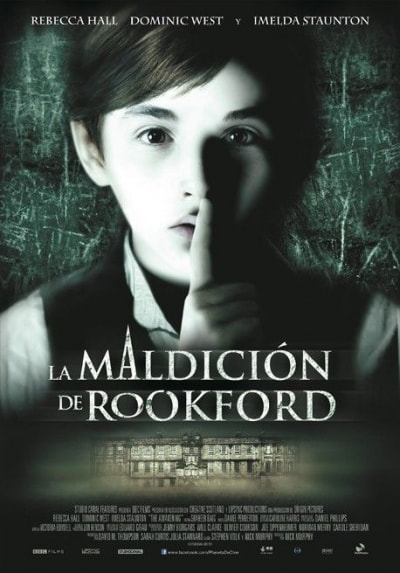