PUBLISHED IN 2013 TO HONOUR THE CENTENARY OF PETER CUSHING'S BIRTH​ 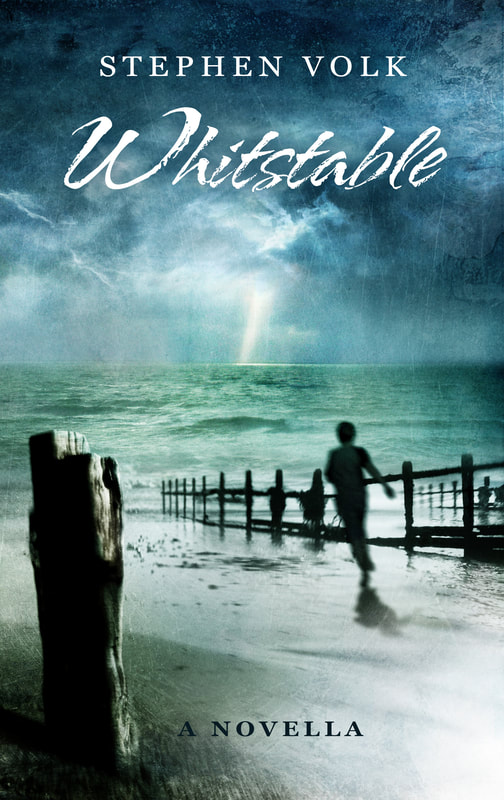 1971. A middle-aged man, wracked with grief, walks along the beach at Whitstable in Kent.

​A boy approaches him and, taking him to be the famous vampire-hunter Van Helsing from the Hammer movies, asks for his help. Because he believes his mother's boyfriend is a vampire...​ 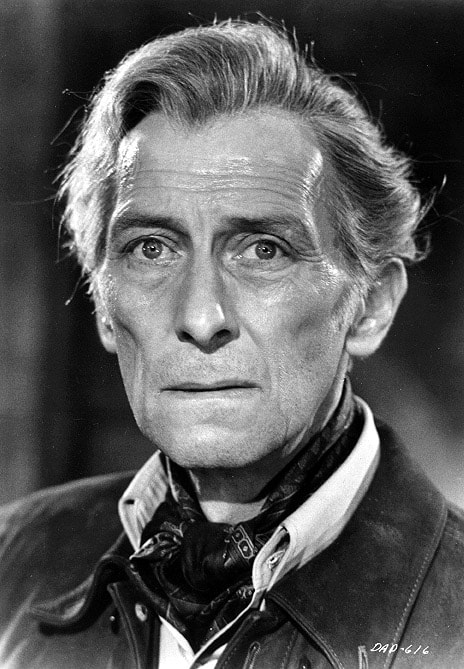 Watch the "Whitstable" BOOK TRAILER created by Mark West:
"Let's get this out of the way now. Whitstable is one of the finest pieces of fiction I've read in any genre. There. I've said it... A story about grief and loss, the past and the future, the young and the old, the wright and wrong. A story about hope. A story about the gentleman Peter Cushing... A wonderful book. A story that will stay with me forever"  Kendall Reviews

"Not only a gripping story but a vivid vignette about one of Britain's best loved actors." Hellnotes

"This will engross and enthrall all Hammer fans and those who adore and revere Cushing. It brings his screen persona vividly to life in a modern context when the monsters are all too real." Tony Earnshaw, author of An Actor And a Rare One: Peter Cushing as Sherlock Holmes and Beating the Devil: The Making of 'Night of the Demon'

"A chilling cat-and-mouse tale... Whitstable is a triumph... as fitting a tribute to the man as could be imagined." Starburst

​"A brilliantly written and finely detailed character piece with an uncomfortable undercurrent of modern day horror... so honest and human than even readers unfamiliar with Cushing will find this an extremely powerful read" HellBound Times

"Possibly the most touching tale that we have had the privilege to review... Whitstable effortlessly blurs reality and fiction in a beautifully realised tale of good versus evil... A must read; not only for fans of Cushing but lovers of great writing in general" Geek Syndicate

"The sensitivity, technical virtuosity and razor-sharp wit of the author's storytelling make Whitstable an entertaining, emotionally resonant and insightful read... Stephen Volk is at the top of his game... An enthusiastic salute to a towering figure in British cinema, a perceptive exploration of the link between imagined and experienced horror, and one of the most gripping and original stories you'll read this year" Andy Hedgecock (co-Fiction Editor, Interzone)

"Stephen Volk has produced a novella that works both as a gripping thriller and as a beautiful and heart-breaking tribute to one of horror's finest stars... Very few books have actually caused tears to well up in my eyes. The love and respect that the author has for Peter Cushing is laid bare on the pages, and as a reader you cannot help but become totally immersed in this poignant tale" Jim McLeod, Ginger Nuts of Horror

"Peter Cushing was my first hero, and in my opinion Stephen Volk has done something heroic by putting the man who fought onscreen monsters at the heart of a very human drama. Sad, tinged with a palpable sense of loss, beautifully written, and blessed with an unerring eye for crucial detail, Whitstable is a story to savour. If I may be so bold, I'm convinced that Peter Cushing would have approved" Gary McMahon

Artwork (above) courtesy of Dave Elsey 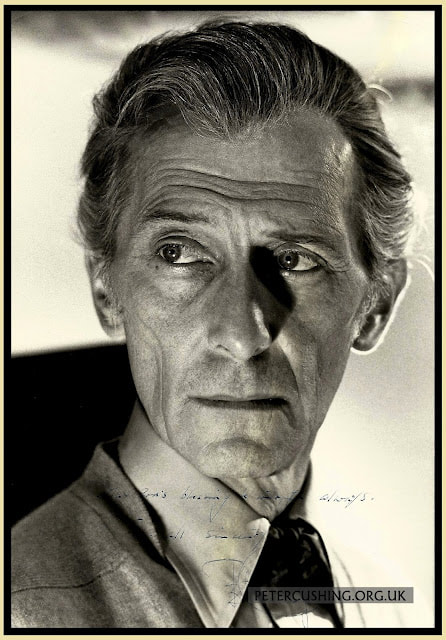 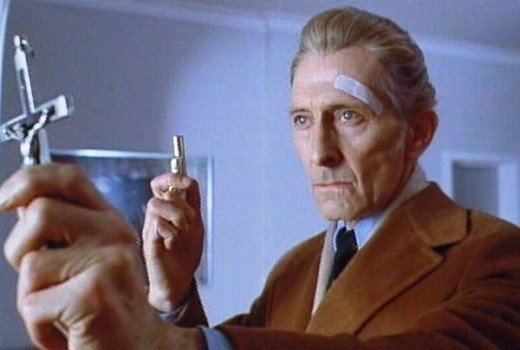 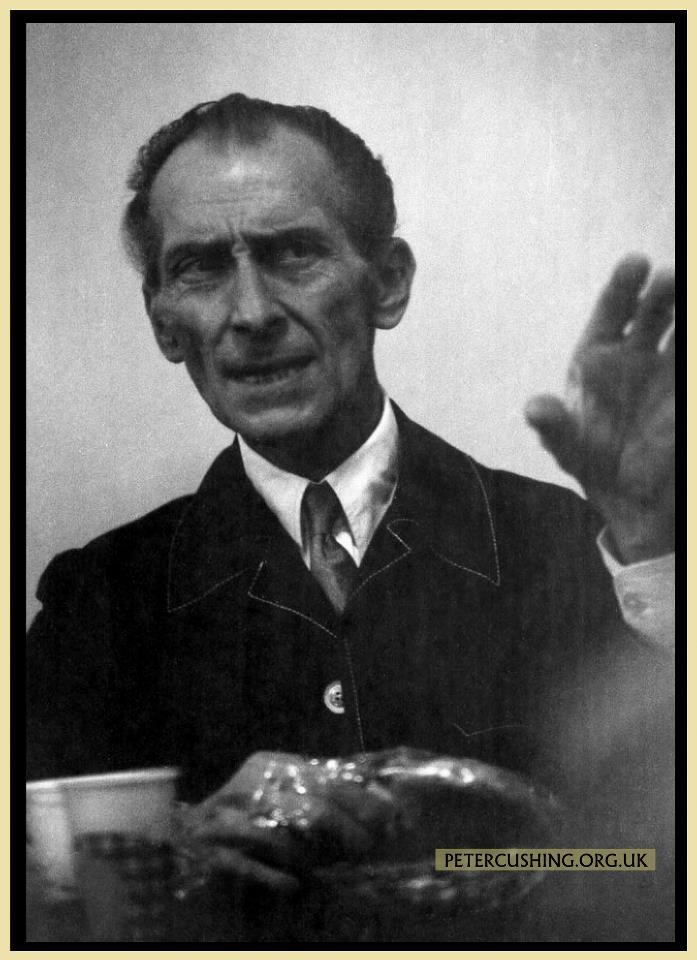 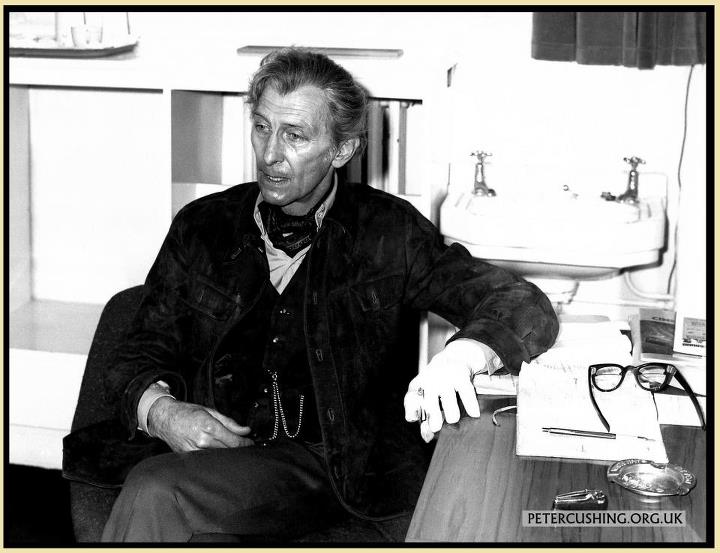 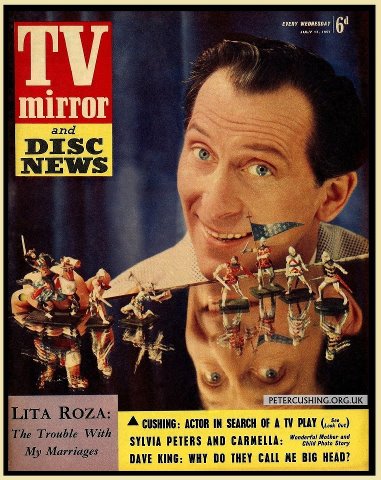 "The depth of feeling with this character is so strong that you may just want to reach into the pages of the book to console him... A wonderfully written and absorbing novella" Ebookwyrm

"A wonderful piece" David Pirie, author of A Heritage of Horror: The English Gothic Cinema

"I loved Whitstable! It's a beautiful love letter to a man, a genre, and an era that means so much to those of us of a certain age" Mick Garris, producer, Masters of Horror

"A genuine masterpiece... Moving, haunting and triumphant" Johnny Mains (editor, Back From the Dead: The Legacy of the Pan Books of Horror Stories)

"Simply brilliant writing... I almost pity Mr Volk, as he is now in the unenviable position of having to follow this truly inspired piece of work" Dave Brzeski, British Fantasy Society website

"At the heart of this novella is a subtle and beautifully realised portrayal of the power of fiction in our lives, for better or worse, and in Cushing himself we see a man who embodies that principle in all its pleasurable ambiguity. With the possible exception of his wonderful story 'After the Ape', Whitstable is Stephen Volk's best work to date, and I loved it" Peter Tennant, Black Static

"A moving tale... - and one which is crying out to be adapted into a biodrama. How about it, BBC Four?" Ian Berriman, SFX Magazine (5/5 stars)

"This is compulsive, fast-paced writing at its best... an enthralling read... a wonderful tribute to one of the great icons of horror and is up there with Volk's best work" This Is Horror

"Utterly superb writing, clear as well as being full of haunting feelings... A story for our times... This is not only a classic work of fiction (but) an important one too" D. F. Lewis

"While it has its chilling moments, it's less a horror story than a moving meditation on loss and heroism, and the ways in which the illusions of cinema can act both as an ironic counterpoint to 'real life' and a set of sustaining myths in the midst of its trials... Horror aficionados will enjoy the film references (...) but it's the warmth and humanity at the heart of this dark tale that really count. Highly recommended." David Sutton, Fortean Times

"This is the subtlest of horrors... touchingly poignant one moment, then heart-stoppingly dark the next" The Eloquent Page

"Undoubtedly one of the most touching and heartfelt books I have ever read" Katie Doherty, Black Sunday Magazine 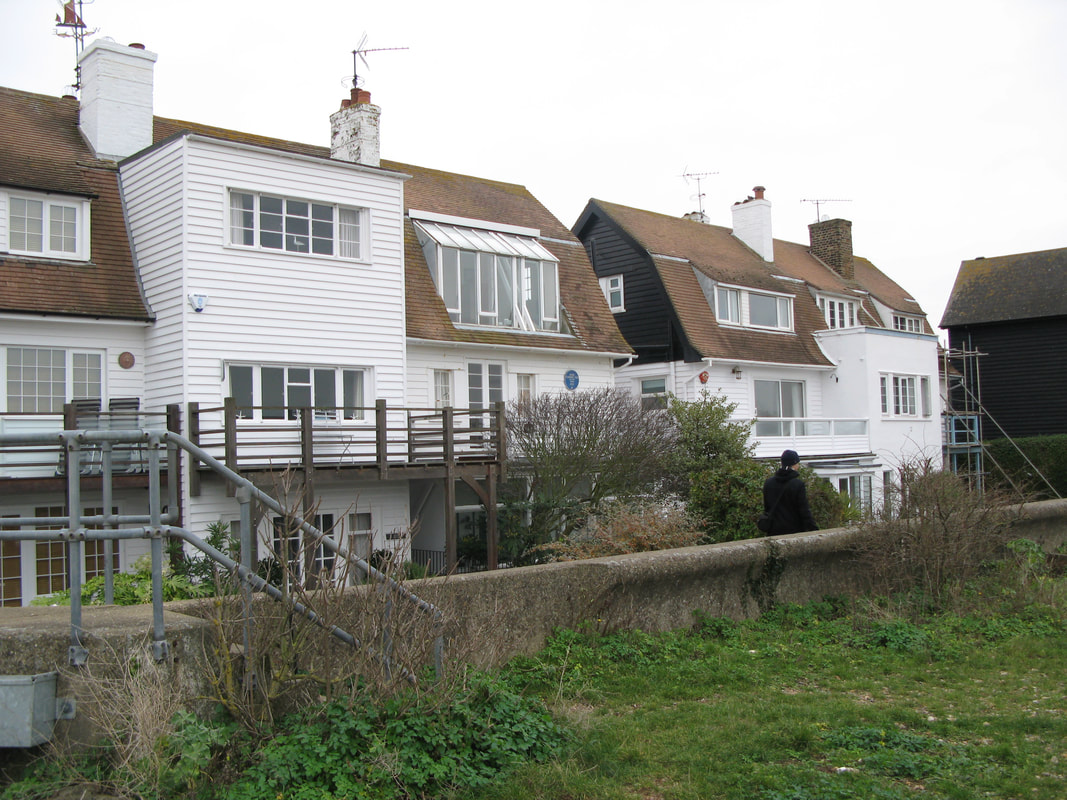 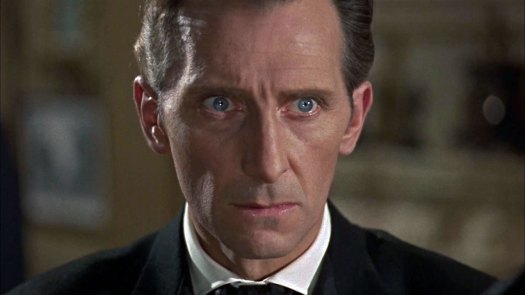 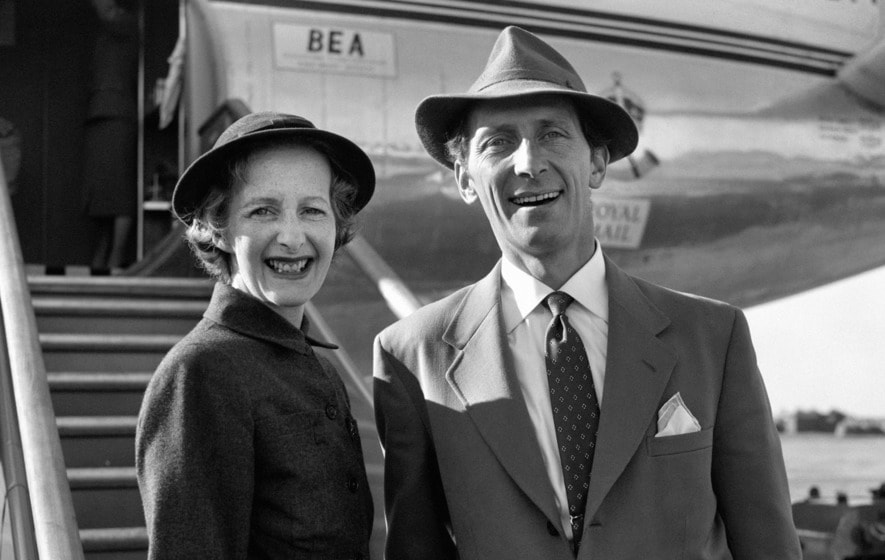 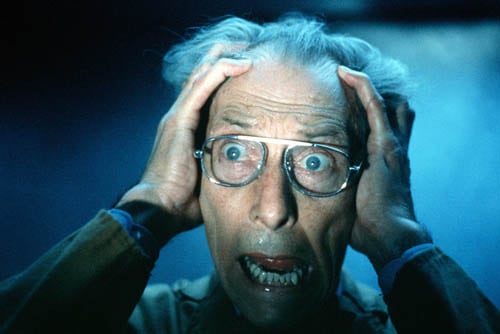 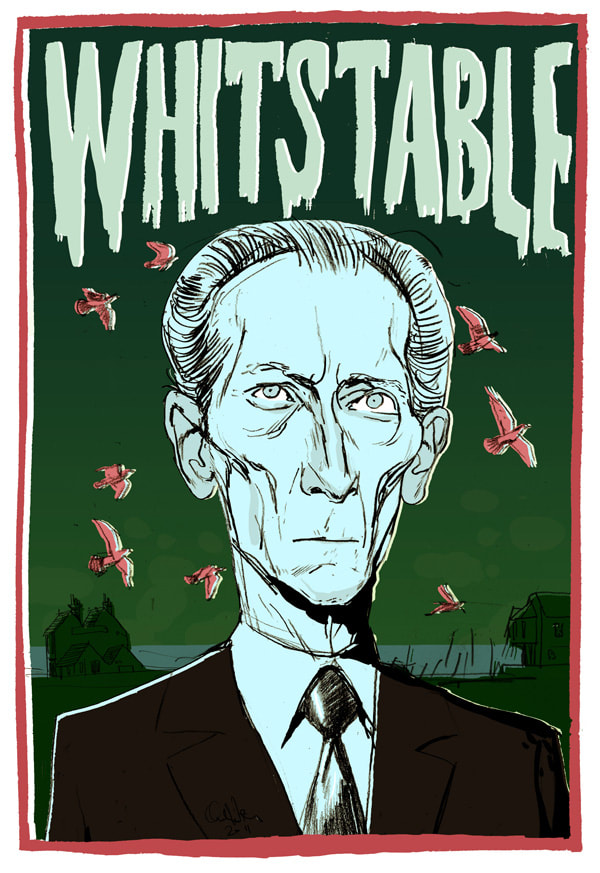 "A terrific and heartfelt gem that blends real and imagined history to powerful effect. Peter Cushing, a complex and much-loved figure whose fundamental decency shone through even his darkest roles, here responds to a child's plea for help with the persistence and moral courage of the fairytale heroes he often portrayed." Stephen Gallagher (The Bedlam Detective, Eleventh Hour)

"It takes a fiction writer, Stephen Volk, to get closest to who (Peter Cushing) was and what he meant" Kim Newman, Sight & Sound

"To conjure an iconic character so vividly, and to then sustain that character for the entire story, amidst a fascinating immersion into Cushing's careeer and British film making, is some feat. I was impressed." Adam Nevill (The Ritual, Last Days)

"A stunningly original story and a superb example of the novella as an art form." James Everington, Scattershot Writing

"Volk has always been a sensitive writer and this novella certainly fits perfectly into his oeuvre. At the same time the story acts as a memento mori for all of us. It's easy to come away from this exquisite novella wishing that Peter Cushing had been a friend." Nancy Kilpatrick, Beware the Dark

"One of the best things - maybe THE best - that I've read this year. An honest-to-god triumph." Simon Bestwick (The Condemned)

"Just finished Whitstable and erm, seem to have something in my eye. Having been lucky enough to meet Peter Cushing, I can honestly say Mr Volk has beautifully nailed the man. A lovely novella, highly recommended." Anne Billson

"An extraordinary story. This is the best of horror fiction, and if you go away and hunt out only one book from this list you should make it Whitstable" Top Five Books 2013, Richard Wright

"Whitstable will leave you shocked, surprised and left without doubt you've read a novella of great beauty by a writer at the pinnacle of his craft" Anthony Cowin, Horrifically Horrifying Horror Blog

"I have just finished Whitstable and I have been touched, mesmerised and even humbled by such an awesome piece of writing" Zonacrypt

​"Wonderful and touching... One of the most moving books I've read in the last year - and by that I mean blubbing in my beard. A very special little book" Jim Moon, Hypnobob

"Such a fabulous read. Immersive, believable, edgy and heart wrenching. I loved it"  James Bennett, author of Chasing Embers

Trailer for Peter Cushing In His Own Words documentary (May, 2020): 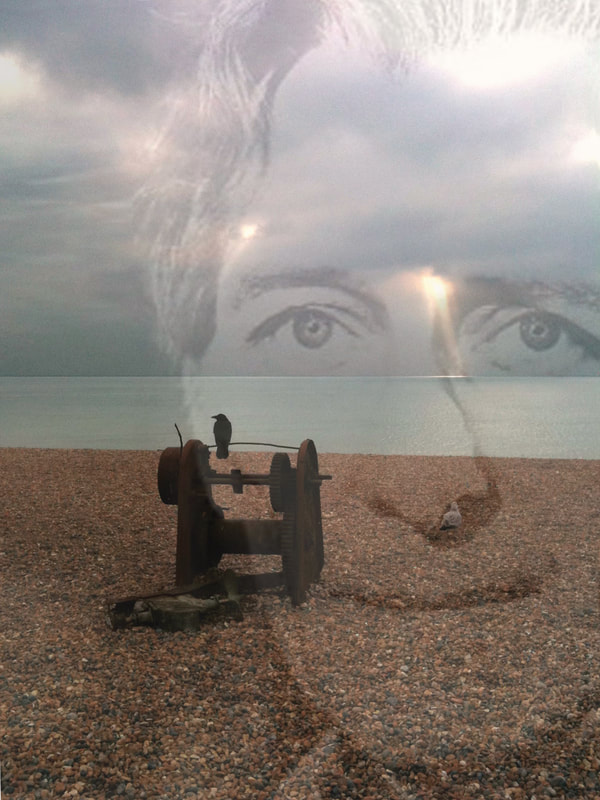 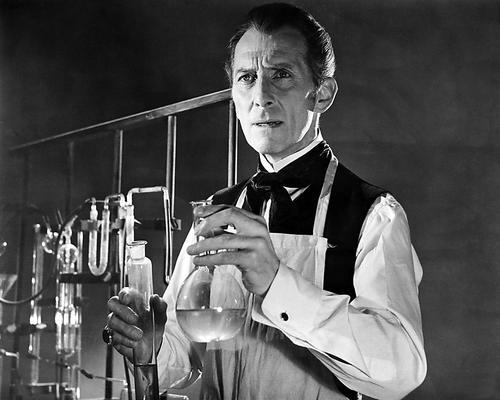 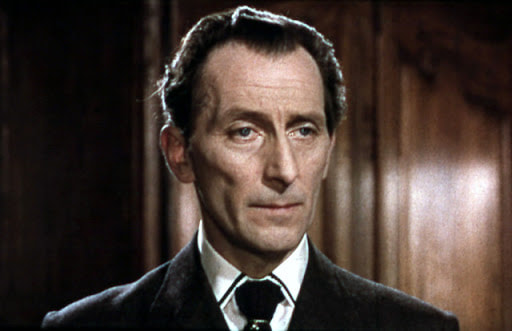 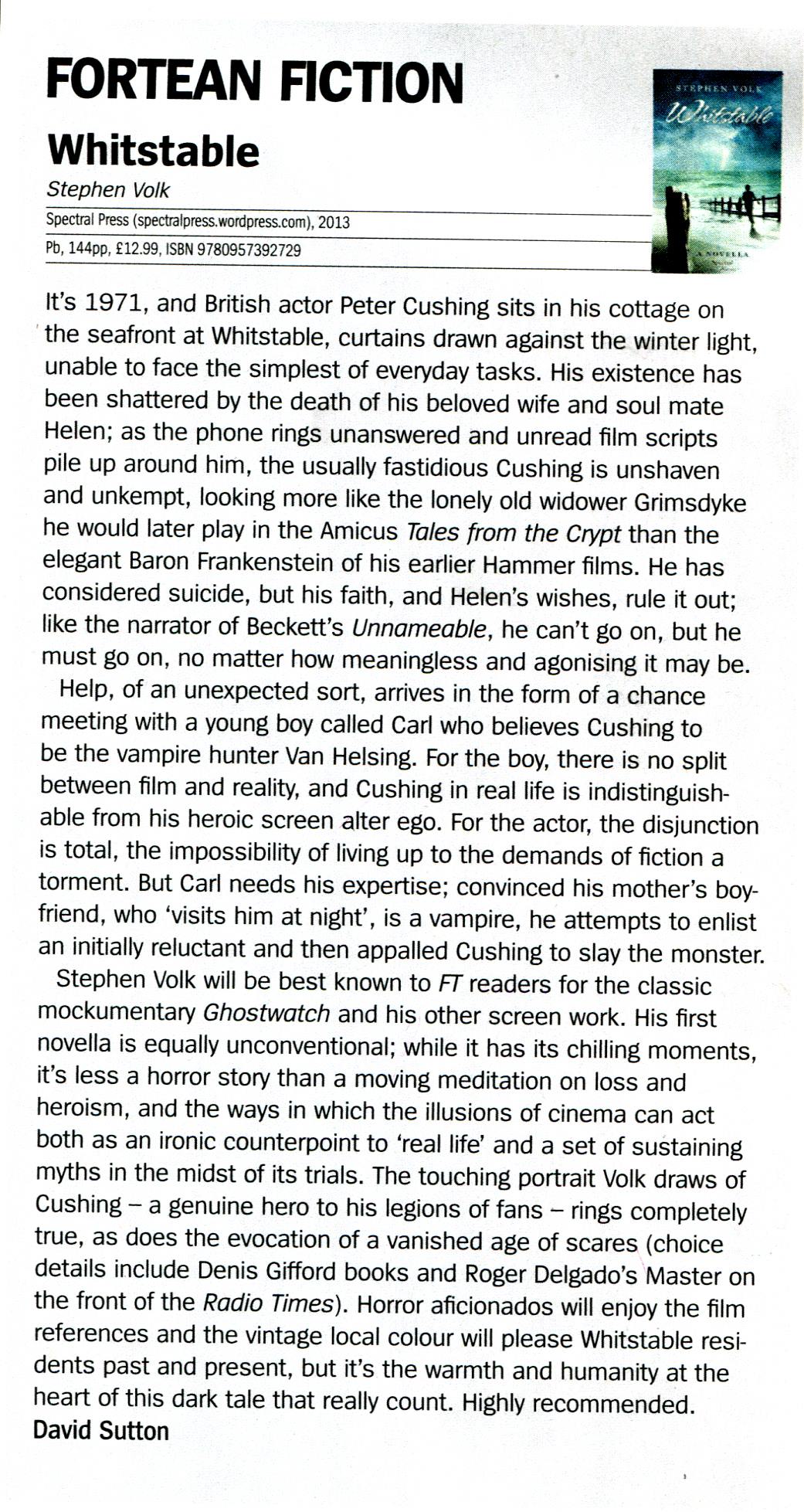 "Volk has already given us horribly convincing personifications of human evil in Ghostwatch and Afterlife - and here he gives us his most striking vision of redemption, helped along by the mildest-seeming of heroes. But that was always Cushing's strength, for me - under the quirkiness of his heroes, there was always a very steely edge and that's something captured wonderfully here" Paul Magrs, Life on Magrs blog

"Wonderful, atmospheric and very very moving. I loved this book from start to finish and definitely recommend it" Phil Collinson, former producer, Doctor Who

"A delightful, touching tribute to a lost era" Christopher Fowler

"I was so absorbed by Stephen Volk's Whitstable that I read it in one sitting. The tiniest phrases brought tears to my eyes: the resurrection of Peter Cushing astonishes: fragile, frantic, fearful, yet so fearless."  James Swanton, Frankenstein's Creature

"Whitstable is a powerful piece that manages to be suspenseful without being hokey, to be emotional without being melodramatic, and to tackle challenging subjects without shocking for shock's sake. The story's conclusion brought tears to my eyes"  Daniel R Robichaud, Considering Stories

Read the review at Starburst magazine

Read the review by Mark West at Strange Tales

Read the review at Tome Tender

Read the review on Ginger Nuts of Horror

Read the review at Geek Syndicate

Read the review by Dave Brzeski on the BFS website

Read the This Is Horror review

Read the review by Richard Wright

Read the review by Dan Reilly at Horror World

Read the review by Niall Alexander at Tor.com

​Read the review by Daniel R Robichaud on Considering Stories 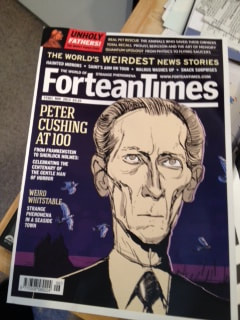 (cover of Fortean Times #301 [May 2013] featuring the article "Peter Cushing: The Human Face of Horror" by Stephen Volk, as well as an extract from Whitstable, the novella, soundbites by horror luminaries on the great actor, and a feature on "Weird Whitstable")

​Moviemaker.com: Whitstable included in "Great Books That Haven't Been Adapted for the Screen Yet"

​An exclusive, in-depth interview with SV by Kit Powers on Ginger Nuts of Horror. PART ONE discusses the writing of "Whitstable".  PART TWO details the inspiration behind the Shirley Jackson Award-nominated "Newspaper Heart". PART THREE charts the ideas that led to "Leytonstone". (June/July 2015)

Image (below) by Paul Draper 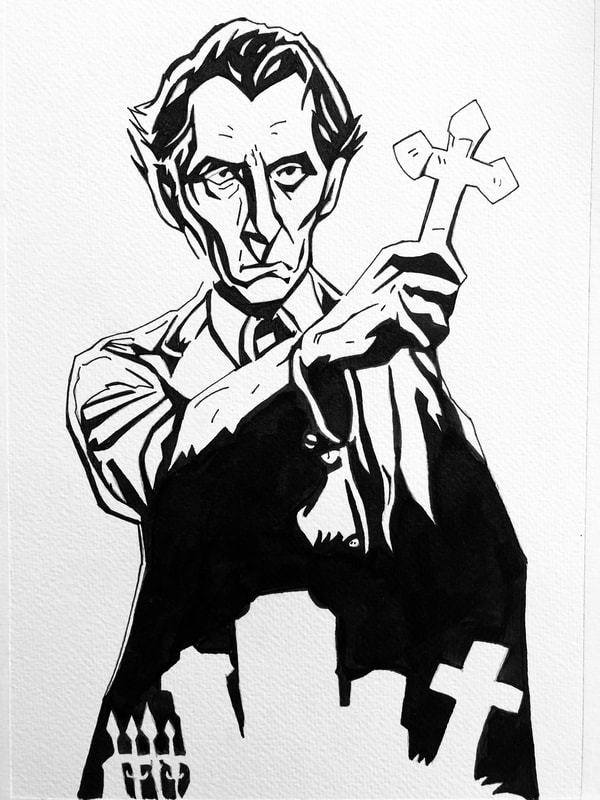 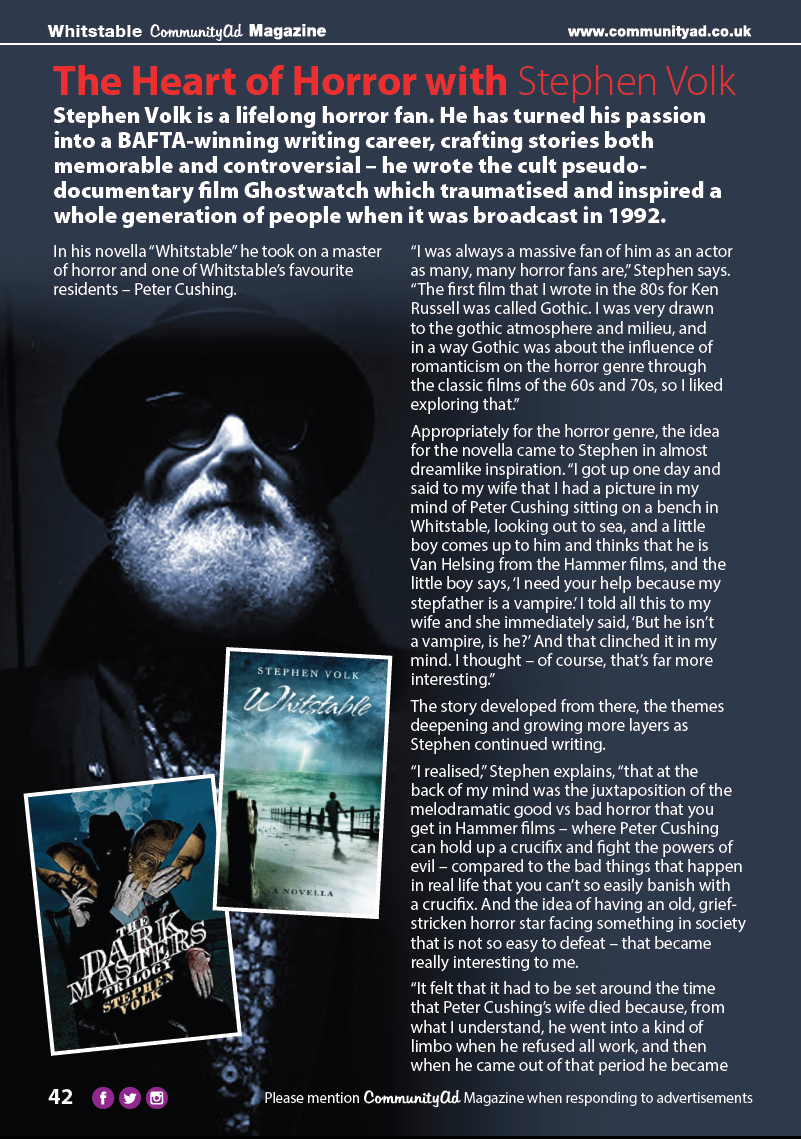 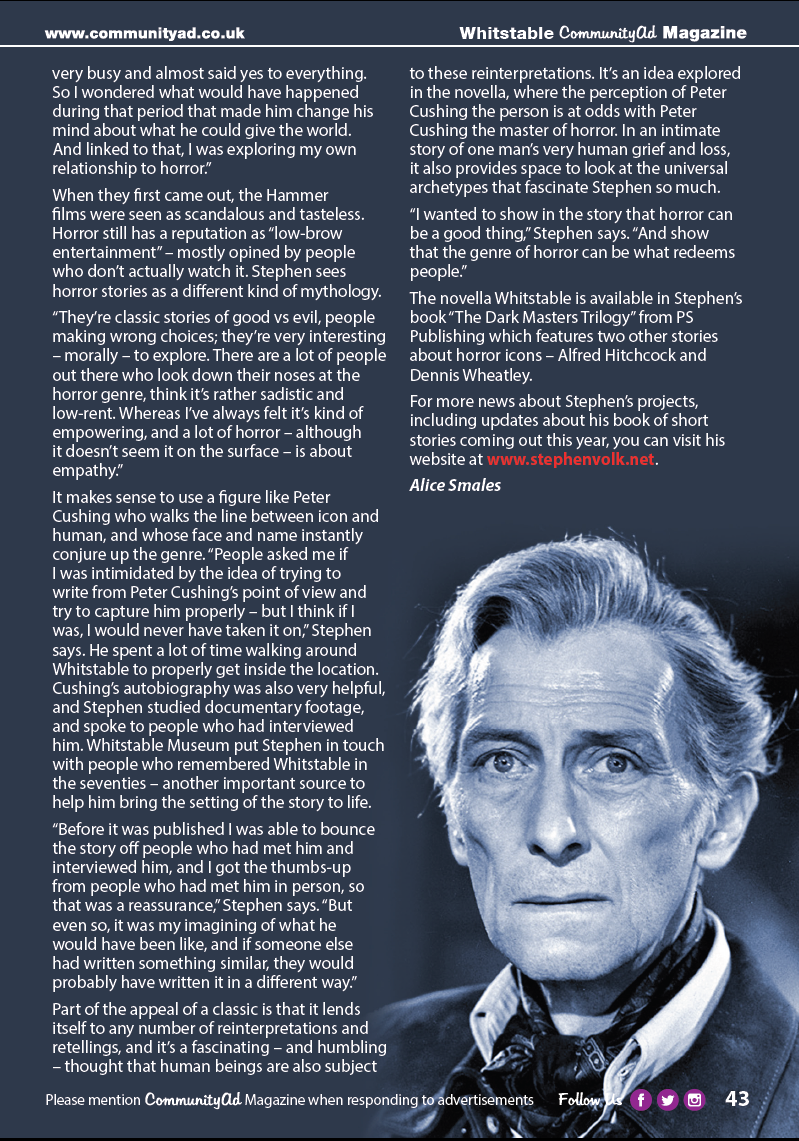 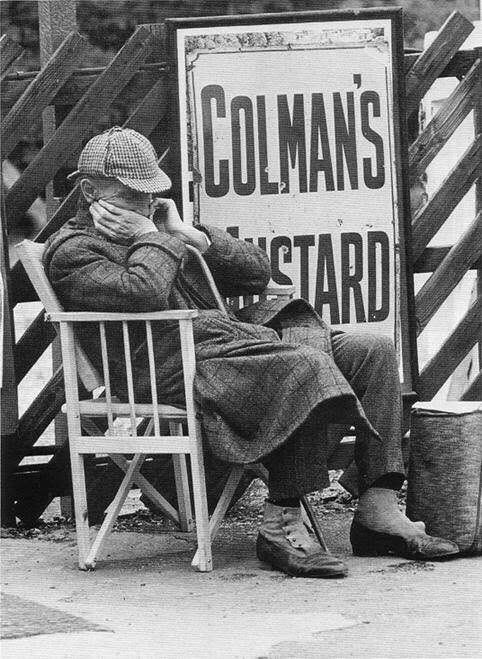